Alfred, Lord Tennyson (1809-1892) was the most famous poet of the Victorian era, renowned for his dramatically powerful subjects and highly-wrought melodious style.

Tennyson often took inspiration from Classical and Arthurian mythology, and frequently explored death, loss, desire, the passing of time, and the dilemma of whether to withdraw from or engage with the world.

Poet Laureate
Such was the acclaim for In Memoriam, that Tennyson became Poet Laureate on the death of William Wordsworth in 1850.

An epic and painfully personal poem about Tennyson’s grief on the sudden death of his best friend, Arthur Hallam, it came to represent an age of mourning, particularly in the wake of Prince Albert’s death in 1861.

Lord Tennyson
Having become an icon of Victorianism, Tennyson was made a baron in 1883. He had come a long way from his origins as the son of a Lincolnshire reverend.

To find out more about Alfred, Lord Tennyson visit the Farringford Website. 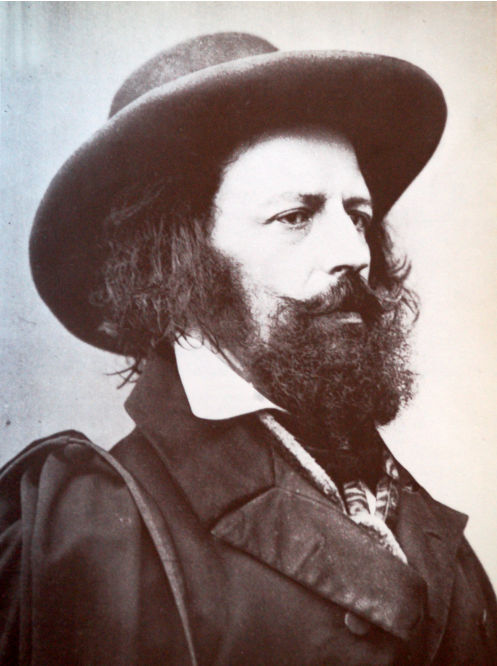