This engineer, mathematician and naval architect was a great role model for girls on the Isle of Wight.

Born in Hammersmith on 23rd December 1873, Blanche was the daughter of Sir John I Thornycroft, founder of the Thornycroft ship building and engineering business

Surrounded by a family of exceptionally talented sculptors and engineers, her active involvement with the family Ship Building business from an early age is perhaps not surprising.

Blanche had a reputation as an outstanding mathematician, but Engineering as a subject was not available to women in this era and she was largely self-taught.

It was not until 1908 that Alice Perry was the first woman in Europe to achieve an engineering degree.

“The Lilypond”
Thornycroft’s first model ship test tank, from 1884, still exists at the former family home in Bembridge. It was disguised, presumably for aesthetic reasons, by incorporation into an extensive decorative water system known as “The Lilypond”.

The building in the background of the photo houses the winding gear and instrumentation. Test details were recorded in an accurate, scientific manner, but significant work was involved to relate this to the design of full-size craft.

Involved before 20th century
It is not known exactly when Blanche became part of the family business, but her earliest notebooks in the Thornycroft archive date from before the start of the 20th century.

Models were towed along the tank by means of wires and fine cord. A descending weight applied constant force to the winding drum. The winding gear incorporates a smoked disk on to which a stylus recorded force and speed data.

The success of this limited facility is self evident.

Indoor test tank
The “Lily Pond” facility remained in use until 1909, when the larger indoor test tank was built in Bembridge on the site of the former Steyne Woods Battery.

This 1909 facility was built under the control of Blanche and Sir John. It is one of the first buildings ever built by pouring concrete over steel.

The largest ever model-tested was of a 6000 ton tanker.

Miss England III
The fastest boat ever model-tested in the Tank, was the 4000hp Miss England III, which achieved a World Record speed of nearly 120 mph on Loch Lomond in 1932.

A picture of this craft, which hung in the Thornycroft Board Room, is now in the Classic Boat Museum.

The facility was not only used for testing Thornycroft scale model boats.

During WW1 in particular, other things which utilised Blanche’s mathematical and engineering skills, involved moorings for explosive mines and a unique high-speed propeller, which could jump over cables.

Blanche ran the Thornycroft model Test Tank facilities right up to the start of WW2, with a wide of models being tested.

She never married and lived in Bembridge until her death in 1951.

Find out more
You can find out more about Blanche Thornycroft by visiting the Classic Boat Museum Gallery in East Cowes.

Find out more
You can find out more about Blanche Thornycroft by visiting the Classic Boat Museum Gallery in East Cowes. 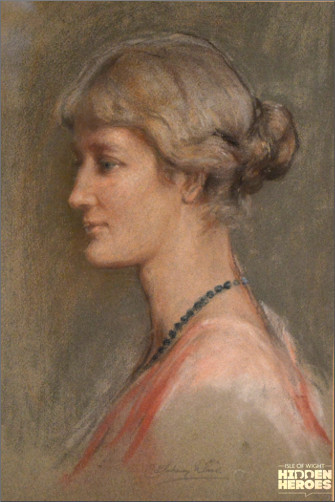 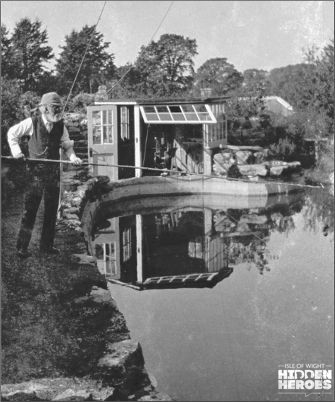 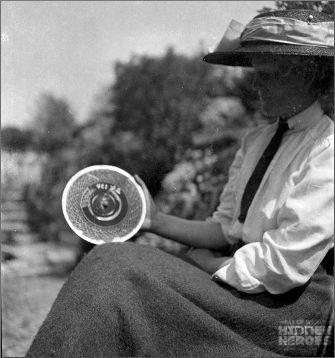 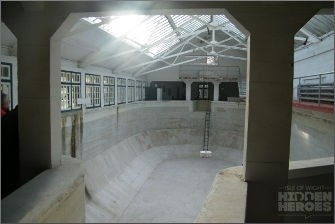 The indoor test tank as it is today 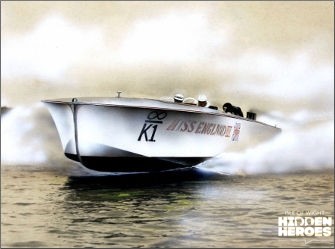