He invented the Boxer Rockets and helped saved the lives of those at sea.

Edward Boxer was an English inventor who developed the "Boxer rockets" which were used for firing rescue lines to ships in distress.

A colonel of the Royal Artillery, he lived at Upton House, Ryde.

He was elected a Fellow of the Royal Society in 1858.

He is best known for two of his inventions.

The "Boxer Rocket"
Originally designed for war use, he adapted it as a lifesaving rocket with a line attached around 1865. An early two-stage rocket, it increased the range over earlier types, and remained in use until after World War II.

The "Boxer Primer" for firearm cartridges, invented about 1866.

He died at home, in Upton House.

Find out more
You can find out more about Edward Boxer at the Museum of Island History exhibition from 2nd January-30th June 2018.

Find out more
You can find out more about Edward Boxer at the Museum of Island History exhibition from 2nd January-30th June 2018. 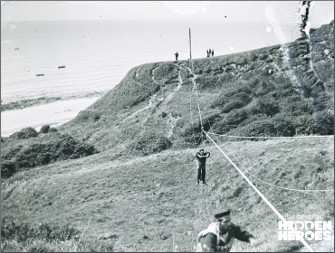