Isabella de Fortibus was the last ever independent Lord of the Isle of Wight, known as 'The Lady of the Isle', after inheriting it when she was in her mid twenties, and becoming the richest non-royal heiress in England.

Not many people can claim to have owned an island and lived in a castle. But in the 13th Century a feisty, young, single noblewoman suddenly found herself with wealth and power thrust upon her after she inherited the Isle of Wight and moved into her new home at Carisbrooke Castle. Her name was Isabella de Fortibus and she was known as the ‘Lady of the Isle’.

Isabella de Fortibus had always loved the Isle of Wight, visiting many times when she was a child, but she didn't become Lord of the Isle of Wight, her official title, until after the death of her brother, Baldwin de Redvers, the 7th Earl of Devon, who owned lands in Devon and Hampshire, including the Isle of Wight. You could say it was recompense for losing her wealthy husband, William de Fortibus, only two years before, which left her a widow of six children.

Dragon’s Den
So there she was, a woman of only 26, who suddenly found herself the richest independent lady in England, one of the wealthiest widows who ever lived, and owner of a sunny diamond in the Solent. And she was very rich. In fact, in 1260s her net wealth jumped from £1,500 to £2,500. To understand what those figures mean today, one just has to add another three noughts - some serious cash!

Isabella was the Business Dragon of her day, a strong-minded leader who, together with her team of influential legal and financial advisers, managed the towns, forests and manor houses on the Island, including land and houses from Southampton to Northern England. Money was collected from her portfolio of estates from all over the country and transported, often as gold coins under armed guard, back to Carisbrooke to then be distributed.

Castle Makeover
Although she was a religious woman, having her own chapel, she had several arguments with the monks at Quarr Abbey. One incident involved her demanding a road to be built from Carisbrooke Priory into Parkhurst forest, as the crow flies, just so she could more easily have wood delivered to provide building materials for her numerous Carisbrooke Castle makeovers, which included a new kitchen and a great chamber with a window framing the wonderful Island views.

She is responsible for many alterations and additions to the castle over her reign, many of which remain today such as her window seat, made for her countess's chamber.

Young and Single
Though she was a powerful widow she was a vulnerable heiress at a time when there were many tales of widows being kidnapped and forced into marriages with unscrupulous men who only wanted their wealth and land.

Isabella must have been aware of this and, although she was courted and promised to various powerful men over the years, she refused to marry any of them, even hiding from one of the men, Simon de Montford, in Hampshire, and then in Wales!

The Seat of Power
The Isle of Wight was a strategically important place at the time, when any invader, such as France, might have easily landed before mounting a full-scale invasion of England. Isabella knew what power she had and was determined to keep the Island independent from royal interference.

This greatly irked the king of the time, Henry III. His son, Edward I was promised to marry Isabella, but she refused his advances, never wanting to relinquish control of her beloved Island. Edward went on to marry her daughter, Aveline, aged only 10, a custom that was normal at the time. However, like all of Isabella’s other five children, Aveline died before she reached adulthood, leaving Isabella without an heir to her fortune.

The Fight for the Island
When Edward I later became king he spent his reign acquiring lands and wealth, but his eye was always on taking control of the Island from Isabella. The Isle of Wight was a strategic position in England due to the risk of invasion from the French and the lands produced much wealth.

Though Isabella commanded an army to defend the Island, Edward still persisted in demanding she sell it to him, but she fought to keep control, even when Edward challenged her in court.

Deathbed Sale
In 1293, fate caught up with Isabella, because while she was on a pilgrimage from Canterbury to London, she fell gravely ill and took refuge in one of her many London manor houses. When Edward I heard word of her imminent death he sent his minions to her bed chamber, with a charter for her to sign that granted him her lands, wealth and the Isle of Wight. But she was too ill to properly sign it, and could only mark a cross on the contract. With all her children deceased, and only a very distant cousin, she had no direct family to leave her wealth and Island too.

Sadly, Isabella, Lady of the Isle, had no choice but to sell the Island to Edward I for a sum worth £4,000, a paltry amount at the time.

Isabella’s reign was over and her beloved Island was back in royal control. But she will always be remembered as an amazing example of a powerful and passionate woman who truly loved the Isle of Wight and held onto it until the very end.

Why is she a hero?
Isabella was a powerful woman who was the last independent person to hold the title of ‘Lord of the Isle of Wight’ and who held onto a strategically important place at a time when England was worried about French invasion. 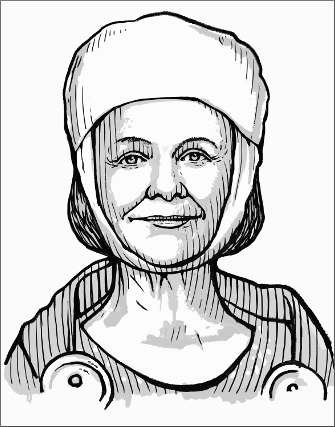 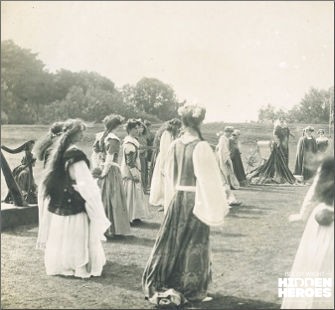 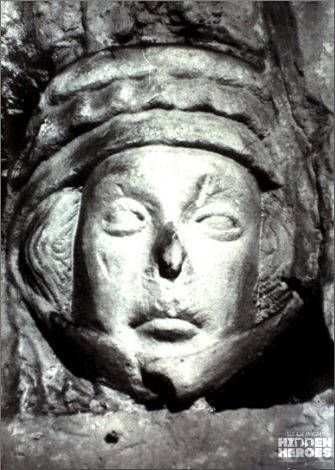