Take a short walk north from the stunning Freshwater Bay and in no time at all you’ll arrive at the former home of pioneering female Victorian photographer, Julia Margaret Cameron.

Receiving her first camera at the age of 48 – a present from her daughter to amuse herself with after moving to the Isle of Wight from London – who could have known that this mother of five would have such an impact on photography and still be revered a hundred and fifty years later?

In a scene once dominated by men, Julia Margaret Cameron was responsible for turning photography into an art form, experimenting with soft focus and pioneering the first photographic close-up portraits.

She went on to inspire generations of photographers, and to this day, exhibitions of her work attract photography disciples from around the world.

What made Julia’s work so special?
There really was something very special about her work – which is probably why it can still be found in many international major archives.

Julia had a clear vision of what she wanted to create. In a letter to Sir Henry Cole - the founding director of the Victoria & Albert Museum - she wrote in 1866 that she wanted her work to "electrify you with delight and startle the world".

It took many hours, many sittings and many different models, but the end result was a style that is to this day still admired and appreciated. In fact, a hundred years and ten years after Julia’s first exhibition - the iconic American photographer, Imogen Cunningham, said,

"I'd like to see portrait photography go right back to Julia Margaret Cameron. I don't think there's anyone better."

Insta!
Long before the introduction of Instagram filters to add effects to photos, Julia would include imperfections such as fingerprints and streaks.

Those who chose to criticise her work claimed this was due to her technical inadequacies or the damp climate, but many artists – particularly the Pre-Raphaelites - saw her work for what it was … pure beauty.

"I longed to arrest all the beauty that came before me and at length the longing has been satisfied."

Risky business
Getting into photography in the 1860s was a risky business. The equipment was heavy and cumbersome. Photographs were developed from glass plates using hazardous chemicals such as silver nitrate – which indelibly stained countless tablecloths as Julia rushed into the dining room with wet pictures to excitedly show her husband.

Within just one year of opening that very special present from her daughter, Julia was a member of the Photographic Societies of London and Scotland.

Matt or glossy?
Remember when the assistant in the local camera shop asked whether you wanted your holiday snaps printed in matt or glossy finish? Well, as far back as the 1860s Julia had very clear views on what was acceptable.

"For anything so delicate as a portrait, the shining glazed surface destroys the pleasure by giving a sticking plaster look and I think that even in oil paintings any thick coating of Varnish is a great injury to the effect.

"It is the dull quiet surface of a photograph, however rich in tone and tint it may be, that constitutes, I think, the harmony of the work."

Why the Isle of Wight?
This pioneering and inspirational artist created most of her photography right here on the Isle of Wight at Dimbola Lodge. She moved to Freshwater after visiting friend and poet, Alfred Lord Tennyson, in 1860 (If you didn’t already know, Tennyson lived a little further along the lane at Farringford – recently restored and open to the public).

Julia was so taken with the Island she made Dimbola Lodge her family home – naming it after the beloved Dimbula plantation in Ceylon (pronounced Dim-boola or Dim-bolla depending on who you speak to).

The property now houses the Dimbola Museum and Galleries, with permanent displays and visiting exhibitions from the likes of Annie Leibovitz and Wayne Levin.

In 1875, Julia and her husband moved to Ceylon (now Sri Lanka) and she passed away just a few years later. She's thought to have died having nursed her son through an illness and some people have speculated that her health had been affected by the chemicals used in her photography. Her husband, Charles, passed away a year later. 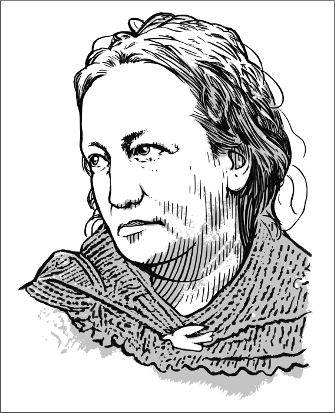 Just one month after receiving her first camera, Julia created her ‘first success’, a portrait of Annie Philpot, the daughter of a family staying in the Isle of Wight 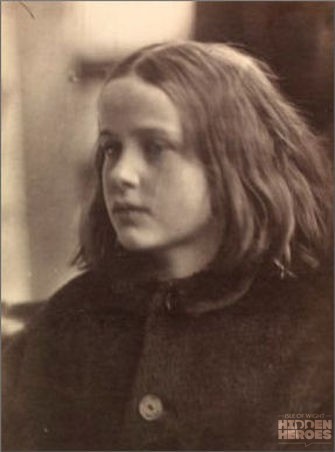 In the summer of 1865 Cameron began using a larger camera, which held a 15x12 inch glass negative. 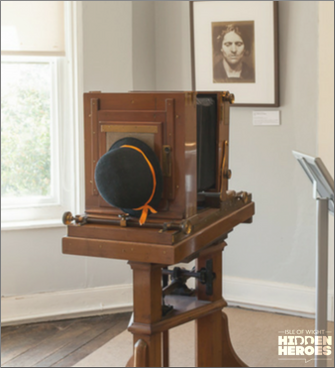 Tennyson referred to this photo as "The Dirty Monk" 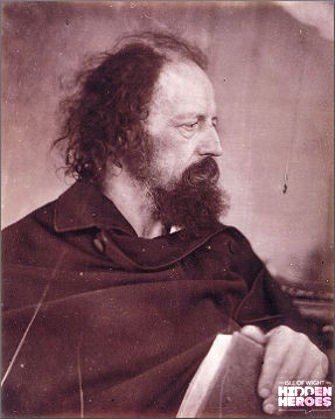