Discovered in 1926 when the owner of a nearby house sank foundations for a garage, subsequent excavations revealed extensive remains of a late Romano-British farmhouse built around 280 AD. 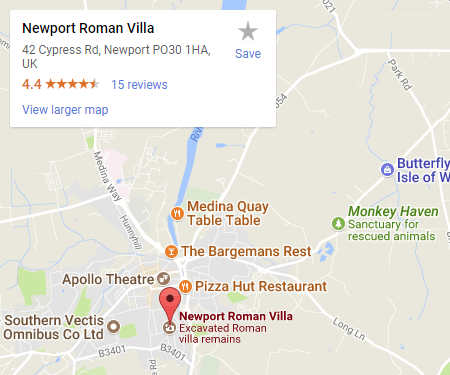 When the owners of a nearby house sank new foundations for a garage in 1926, they discovered something that they found to be unusual.

It was the site of a Roman farmhouse that had been built around the year 280 AD.

Subsequent excavations revealed that this was a major find and told archaeologists more about the Roman way of life on the Isle of Wight.

The restoration team has painstakingly recreated scenes within the villa, and also outside by recreating a Roman herb garden as it would have been nearly 2000 years ago. There is an education room with family activities too.