A notable architect and historian of the Isle of Wight.

Percy Stone lived and worked here for over 50 years. He was responsible for repair and restoration works to Carisbrooke Castle, and many churches and historic buildings across the Island, as well as the creation of a number of memorials.

As a historian of the Isle of Wight, its ancient buildings, as well as its dialect, he produced varied publications on these subjects.

His association with the Island dates back to his early teens. For some years he was a regular visitor, and in the 1880s moved from Goring-on-Thames, to make it his home and the scene of his life’s work. When he first moved to the Island he lived in Shanklin, and later moved to Merstone.

He studied the Island's historic buildings
Making careful studies of historic buildings and churches across the Island, Stone was responsible for the repair of many of them, including the gatehouse at Carisbrooke Castle, which was then used to house the museum.

He later pushed for the more ambitious restoration of the chapel of St Nicholas at the Castle. He was also involved with excavations within the Castle, and wrote about its history.

Percy designed many war memorials, and also the memorial in Newport to Queen Victoria, as well as new churches at Wootton (St Mark’s) and Cowes (St Faith’s).

His part in unearthing Newport Roman Villa
As a Fellow of the Society of Antiquaries, and secretary of the Island for them, he often engaged their support for Island projects.

He was involved in the unearthing of the Newport Roman Villa.

Published author
A number of books on architecture, history of the Island, and its dialect, were published by Stone. A key work being “The Architectural Antiquities of the Isle of Wight”, published in two volumes in 1891, with detailed illustrations. In the same year this was published, he also worked on architectural investigations at Quarr Abbey.

Stone wrote a prologue to the IW Historical Pageant produced at Carisbrooke Castle in 1907.

A member of the Architectural Committee which assisted in the compilation of the Victoria Country History of England published in 1912, he contributed to five volumes of that work which deal with the history of Hampshire and the Island.

Wrote under a pseudonym
“Legends and Lays of the Isle of Wight” was published in 1912, a volume mostly in dialect rhyme. He also wrote columns for County Press in dialect under the name “Granfer Izak”.

The redecoration of the Chapel of St Nicholas at Carisbrooke Castle, as the Isle of Wight County War Memorial, occupied him from 1919 up to 1929 when the Chapel was re-dedicated.

Died unexpectedly
In 1934, at the age of 78, Stone unexpectedly collapsed and died in his garden, his wife finding him when calling him in for lunch.

His funeral was held at Arreton Church, where he had worshipped for many years, and the interment followed at Shanklin Cemetery.

Find out more
You can find out more about Percy Stone by visiting the Museum of Island History in Newport or Carisbrooke Castle Museum.

Find out more
You can find out more about Percy Stone by visiting the Museum of Island History in Newport or Carisbrooke Castle Museum. 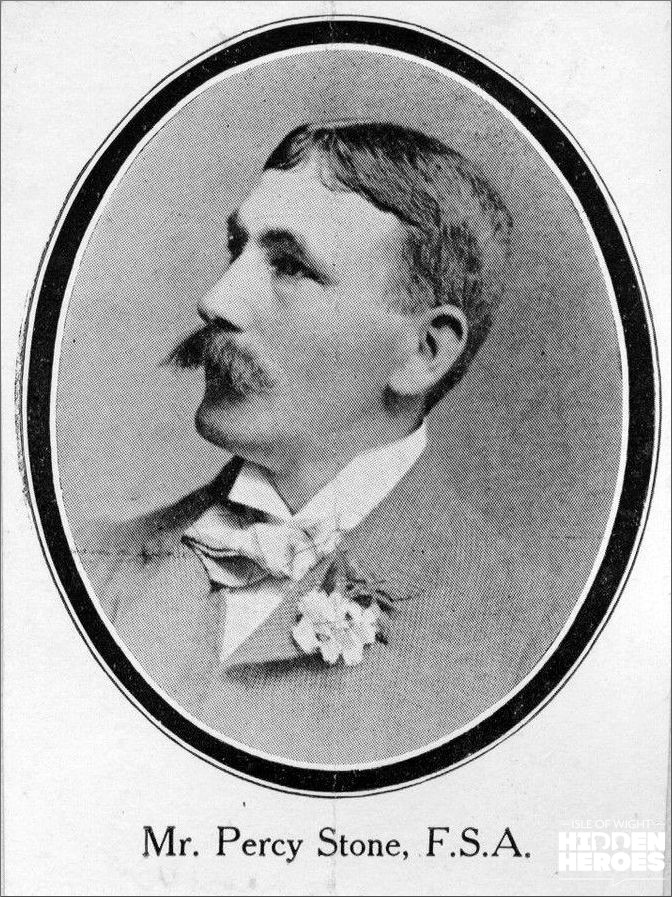 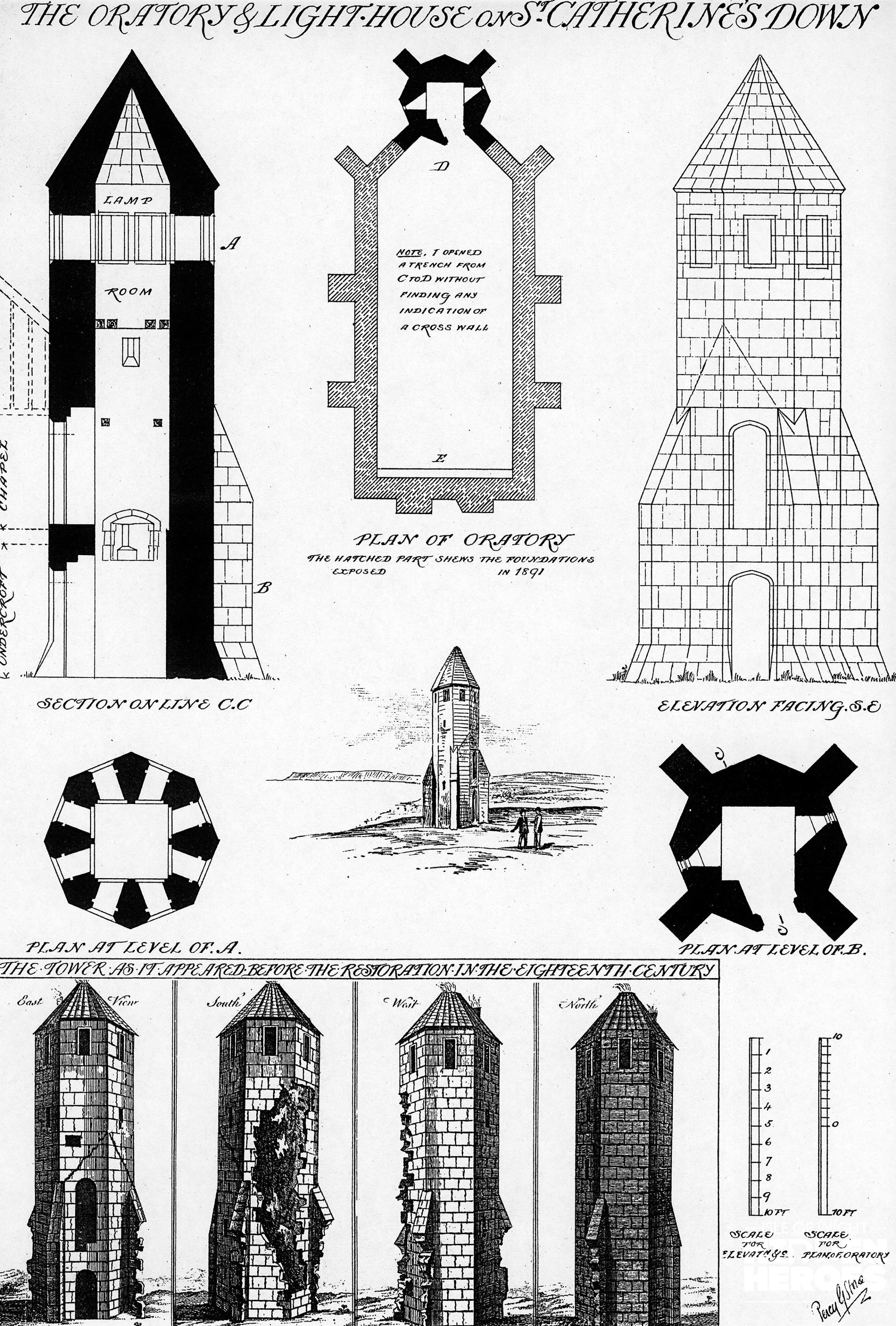 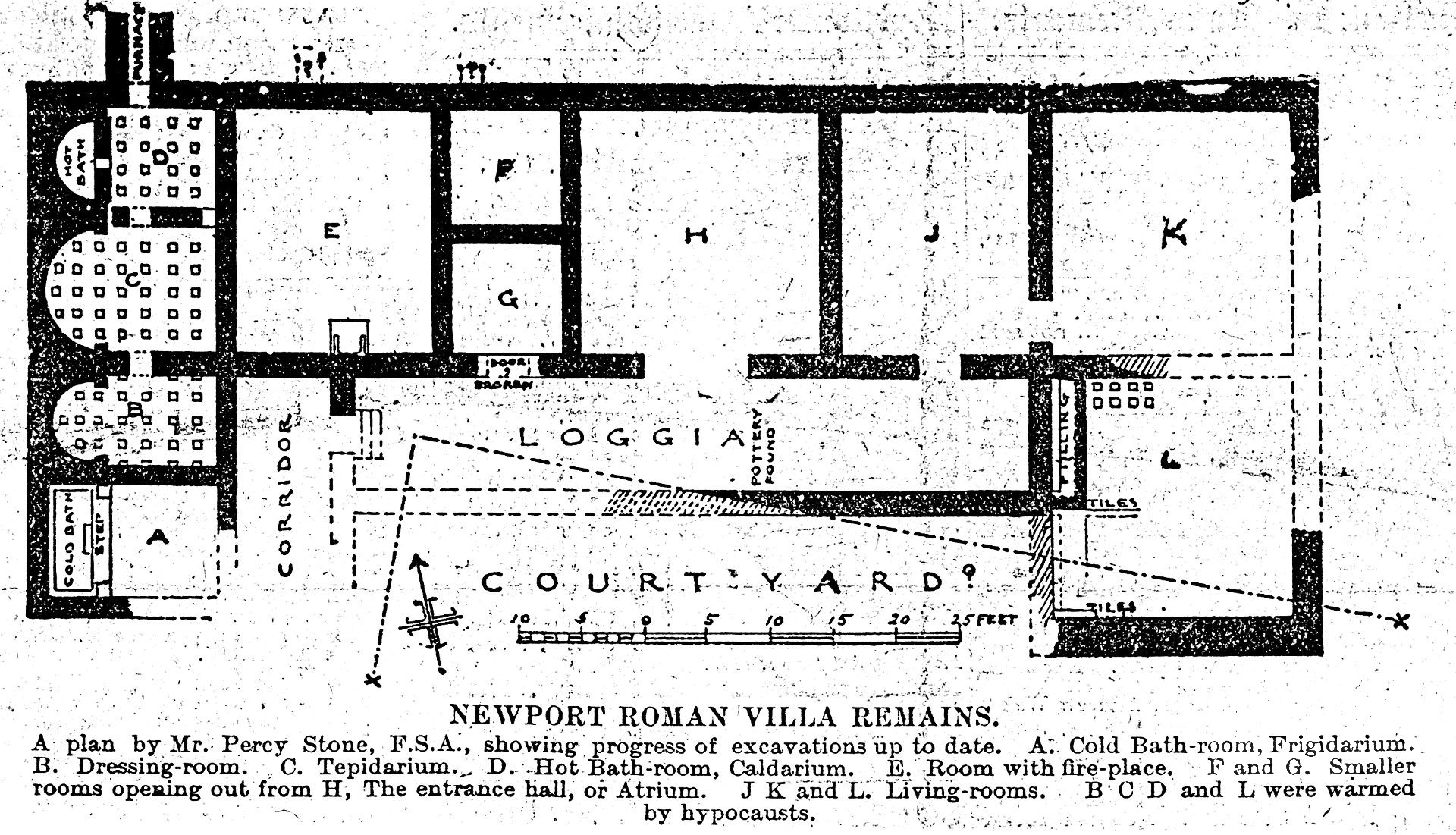