The Reverend William D Fox was an influential amateur fossil hunter and collector, who worked as a curate at Brighstone, Isle of Wight, in the late 19th Century.

The Isle of Wight has always been recognised as one of the best places in Europe to find dinosaur bones because of its diverse geology and abundance of fossils. In fact, several new fossils of dinosaurs, around 120 millions years old, were first found here and some are unique to the Island. Not many people know the man who found most of those dinosaur fossils and had several named after him, lived and worked on the Island during the 19th century.

His name was Reverend William D Fox and when he wasn’t helping the local vicar he spent much of his days hunting for what he referred to as ‘old dragons’ on the beaches of the Isle of Wight.

Fox arrived on the Island in 1862 aged 43 to assist the local vicar of St Mary the Virgin church in Brighstone (known as Brixton at the time). The Reverend Fox soon became notorious in the area, although not for his religious work. His real passion was fossils, which he looked for on his regular walks along Brighstone Bay. Tales even told of him going out on his donkey to look for them!

Finding New Dragons on the Beach
Fox wasn't a professional scientist, but probably history's best example of a very knowledgeable amateur fossil collector. Over the years, his daily excursions along the cliff paths and beaches of West Wight, including Barnes Chine and Cowleaze Chine, yielded many significant new fossil finds including Polacanthus foxii (a spiky-backed, armoured herbivore), Aristosuchus (meaning ‘superior crocodile’, a small bipedal carnivore) and Hypsilophodon foxii (a fast, bipedal herbivore with a sharp beak).

Fox was not the first to find a Hypsilophodon fossil, as it was later identified. The first specimen fossil was discovered along Cowleaze Chine and passed onto another professional palaeontologist called Gideon Mantell. He incorrectly thought it was a juvenile iguanodon.

However, the keen-eyed Fox found another similar fossil and, after studying it carefully, wrote to his friend, the scientist and palaeontologist, Richard Owen, suggesting that he believed the specimen showed significant differences to iguanodon. When Owen later investigated the find he realised Fox was indeed correct - it was a new species of dinosaur.

The fossil was later described and named in honour of Fox's contribution, Hypsilophodon foxii.

Bones First, Parish Next
There was no doubt about Fox's passion for palaeontology during the first golden age of fossil collecting. The vicar's wife said of him, 'It was always the bones first and the parish next' so it must have been deeply disappointing when the church asked Fox to move on from the parish of Brighstone.

He even wrote several letters to Richard Owen asking for his help in seeking a permanent position, writing 'I cannot leave this place while I have any money left to live on,' and concluded that he took deep pleasure in 'hunting for old dragons.' Sadly, in spite of Owen writing to Gladstone, the prime minister of the time, asking if he could influence the church, Fox eventually had to leave the parish of Brighstone, but he continued to collect fossils, even after moving to nearby Shorwell.

Fossilised Legacy
Fox died on the Island and is buried in the graveyard at St Mary’s Church, Brighstone. In 1882, his incredible collection of fossilised specimens was donated to what would become known as The Natural History Museum, and is still studied by paleontologists today.

But Fox’s most lasting legacy is surely in showing the world how amateur fossil collecting is so important to our knowledge and understanding of dinosaurs. I'm sure Fox would delight in knowing that new ‘old dragons’ continue to be discovered every day, by ordinary people on the Isle of Wight, just as Fox had done in his day.

Why is he a hero?
Rev William D Fox’s amateur contribution to palaeontology is unrivaled. He discovered more species of dinosaur than anybody else in the UK and has more dinosaurs named after him than any other Englishman.

His legacy of fossil collecting, over 500 fossils, were donated to the Natural History Museum and are still used today for study and reference.

Most importantly, Fox showed the importance of amateur fossil hunting and collecting which is still important now and accessible to all — amazing new fossil discoveries are being found every day on the Isle of Wight. 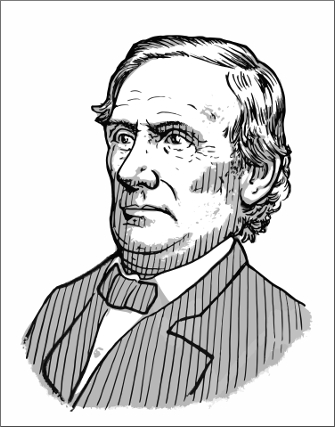 Rev William D Fox is often confused with another man who lived and worked on the Isle of Wight at the same time called William Darwin Fox, who was also a clergyman. He was the second cousin of Charles Darwin, but was not, it seemed, interested in dinosaur fossils. 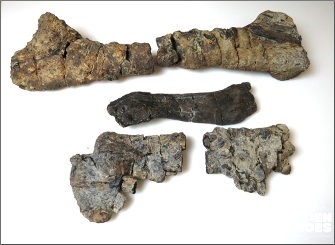