Surely the least hidden of all our Heroes, Uffa Fox dominated the sailing world both in his comparatively younger days and in later years as the designer, builder and sailor of a long list of boats, mainly, but not exclusively, racing dinghies.

Born in 1898, he was just the age to have begun his apprenticeship locally at the very start of the First World War, but was sent off to work on the East Coast on building rescue boats, a presentiment perhaps of the later success of his important WWII Airborne Lifeboat.

Early successes
As a young man, brimming with energy and self-belief, and having served his time with influential local boatyards, he was soon inspired to strike out confidently on his own with his ideas for fast racing dinghies.

He achieved early success with the 14 foot class, which he rapidly came to dominate both as a competitor and a designer/builder throughout the twenties and thirties.

Genius helmsman
Uffa was a genius helmsman and won so many races in boats that he had built for himself and his customers that he soon became famous, and not just in Cowes.

His was an extravagant character and the stories of his exploits were legion, and mostly true. His time as Scout Master to the Cowes Sea Scouts resulted in adventures which were much appreciated by the boys, if less so by their parents.

Much-admired and in demand
Uffa sailed twice as crew across the Atlantic, making friends on both sides of that ocean. He talked as well as he sailed and was soon in demand as a lecturer, as at home speaking to students in university sailing clubs as he was to his wealthy and often titled clients.

As an employer of local men and boys in his yard, he aroused deep reactions – everyone had a story about Uffa and the unexpected nature of what working with him could entail.

Constantly short of funds, he nevertheless attracted considerable orders and his standards of work were always high – producing winning boats was his aim, and the publicity engendered by his own achievements meant that everywhere he went in the sailing world, he was known and attracted interest and attention.

Lifesaving Airborne Lifeboat
During the Second World War he produced the boat of which in later life he said he was most proud. He took on the concept of an Airborne Lifeboat and through sheer weight of personality, managed to force it into production.

This was the boat that saved over 200 aircrew lives of airmen downed into the seas around the German occupied European coast, and eventually even for the Americans in the Pacific theatre.

In 1949 at a Cowes Week party he was introduced to HRH Prince Philip who had asked to meet ‘someone interesting’ and they became lifelong friends and sailing partners.

Rooted to life in Cowes
Nevertheless, although he was known worldwide simply by his first name, he remained rooted to his life in Cowes and with much the same down to earth approach to daily work and adventures as he had always had.

Uffa died in 1972 and is buried at Whippingham, with the Airborne Lifeboat etched on his tombstone. 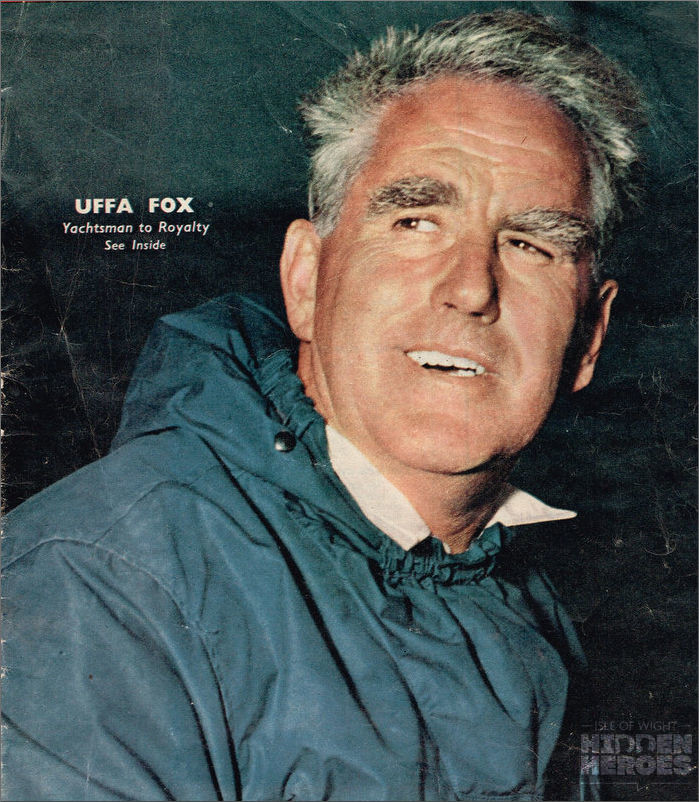